2 Kings 5:1 Naaman, captain of the host of the king of Syria… was a leper
A leper could never rise to such greatness in Israel. Leprosy was considered unclean and became a loathsome disease among the Jews (Lev. 13). While the Lord was trying to teach the people the difference between clean and unclean, instead, they let their traditions justify prejudice and malice toward the afflicted. The Syrians, not under the Law of Moses, did not develop the same prejudice.
2 Kings 5:3 would God my lord were with the prophet that is in Samaria
The double portion of Elijah’s spirit made Elisha famous. His early miracles must have been well known and the subject of frequent discussion, even outside of Israel.
“There is no scriptural evidence that Elisha or another prophet at that time had ever healed a ‘leper,’ yet the Little Maid believed a true prophet of God could. One wonders what circumstances she had observed, heard about, or experienced to lead her to this unshakeable faith in priesthood power. Had she or someone she knew been sick, discouraged, or lost, only to be found or healed by a power not of this world? Once we possess a solid testimony of the power of God, our understanding can stretch to accept the truth that nothing is impossible for the Lord. Whatever her previous experience with priesthood power, this little girl bore witness to Naaman’s wife that a prophet in Samaria, the capital of Israel, could cure him, if he would just inquire (2 Kings 5:3).” (Camille Fronk Olson, Women of the Old Testament, [SLC: Deseret Book, 2009], 256)
A quick list of Elisha’s miracles up this point follows: 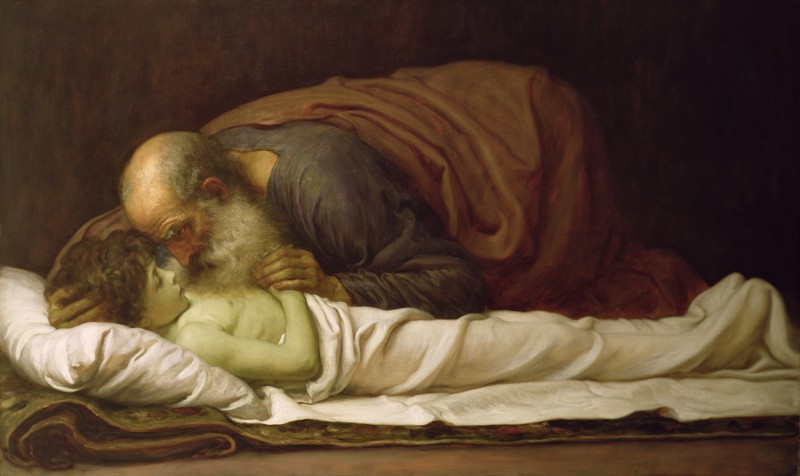