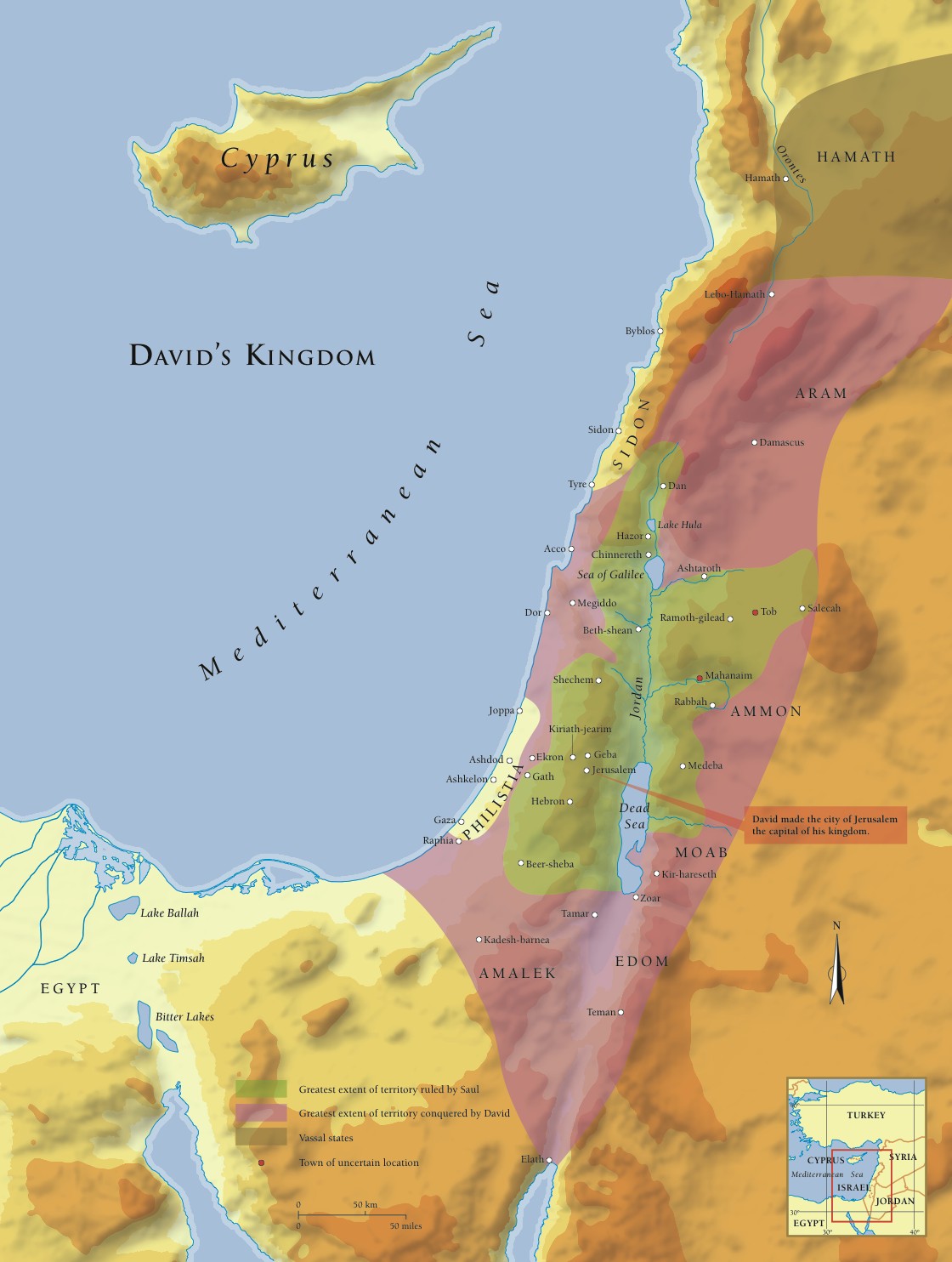 (Barry J. Beitzel, ed., Biblica: The Bible Atlas, [Australia: Global Book Publishing, 2006], 235)
David's conquests cannot be taken as complete fulfillment of Balaam's prophecy. It was just the beginning. The Star and the Scepter represent the heavenly light and royal authority with which Christ will rule Israel during the Millennium. The preparations for that day include destruction upon Israel's neighbors-especially Moab.
Most Old Testament prophecies come from prophets who lived long after King David's reign. Centuries later, the theme-Moab's destruction-is still a recurrent theme. Isaiah prophesied a burden upon Moab (Isa. 15 & 16). Jeremiah elaborated both their sins and judgments (Jer. 48:1-47). Ezekiel, Daniel, Amos, and Zephaniah all prophesied about Moab (Ezek. 25:8-11; Daniel 11:41; Amos 2:1-3; Zeph. 2: 8-11).
And in mercy shall the throne be established: and he shall sit upon it in truth in the tabernacle of David, judging, and seeking judgment, and hasting righteousness...
We have heard of the pride of Moab; he is very proud: even of his haughtiness, and his pride, and his wrath: but his lies shall not be so.
Therefore shall Moab howl for Moab, every one shall howl: for the foundations of Kir-hareseth shall ye mourn; surely they are stricken. (Isa. 16:5-7)
Josephus
Balaam... foretold what calamities would befall the several kings of the nations, and the most eminent cities, some of which of old were not so much as inhabited; which events have come to pass among the several people concerned, both in the foregoing ages, and in this (generation after Jesus Christ), till my own memory, both by sea and by land. From which completion of all these predictions that he made, one may easily guess that the rest will have their completion in time to come. (Antiquities of the Jews, Book I, 6:5)