Exodus 28:1 Take thou unto the Aaron thy brother… that he may minister unto me in the priest’s office

Consider how merciful the Lord is to Aaron.  He had acted as a wicked priest in representing the people making the golden calf. This was the epitome of evil leadership, enabling idolatry against the God who had just delivered the Israelites.  The Lord could have destroyed him for his wickedness, but instead, he gets a full pardon.  Not only does the Lord forgive him, but he ordains him to be the first high priest, an office in which he represents the people before the Lord, an office which foreshadows the Christ as the great high priest, an office which allows him once a year to enter the holy of holies, i.e. the presence of the Lord.  That is some amazing forgiveness!  The Lord has the same mercy for us if we will but believe and repent.

Exodus 28:2 make holy garments… for glory and for beauty

These were the temple garments the priests would wear.  Interestingly, temple robes are “for glory and for beauty.”  It is not necessarily a worldly beauty but a celestial one. 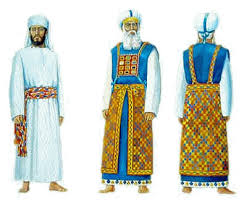 Exodus 28:15-29 thou shalt make the breastplate of judgment with cunning work 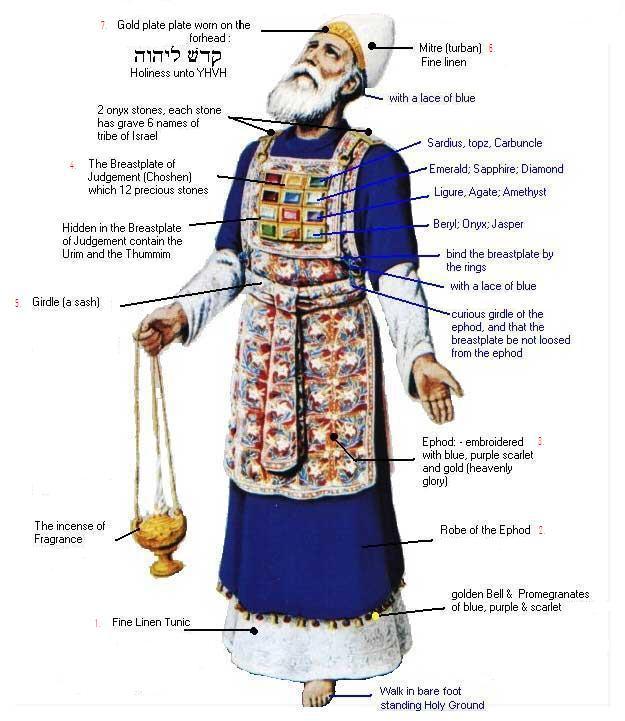 Exodus 28:30 thou shalt put in the breastplate of judgment the Urim and the Thummim

Exodus 28:36 thou shalt make a plate of pure gold, and grave upon it… HOLINESS TO THE LORD 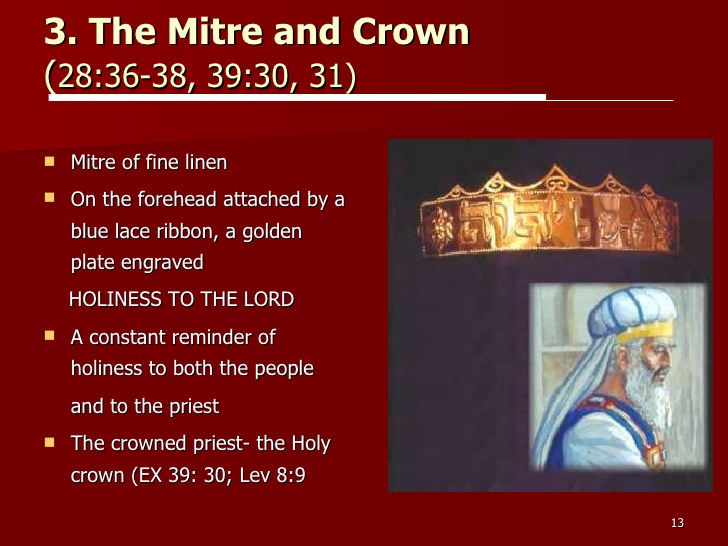