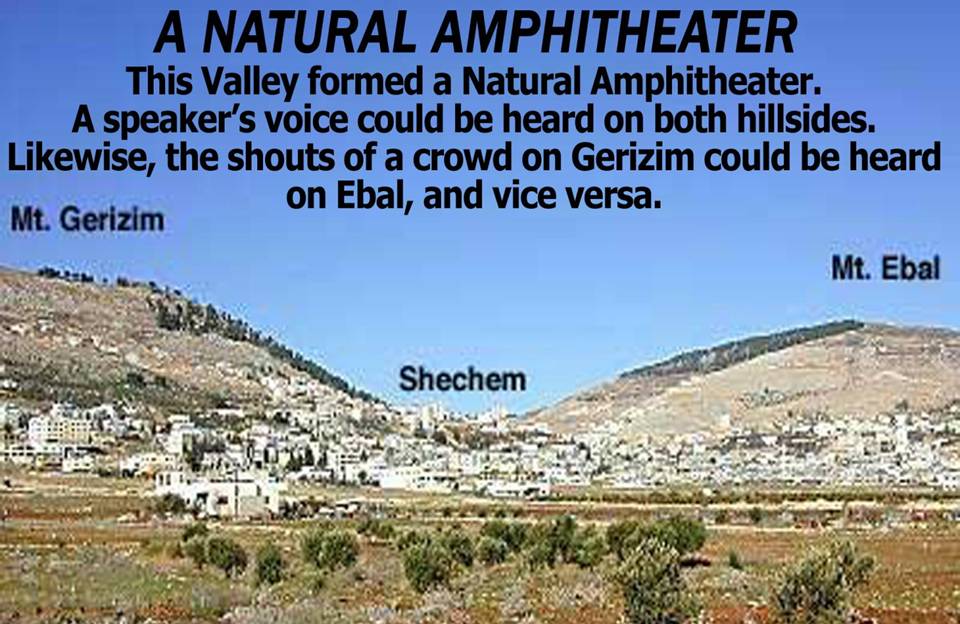 The present town of Nablus is located in the small valley between towering Ebal (the mount of cursing) and Gerizim (the mount of blessing).