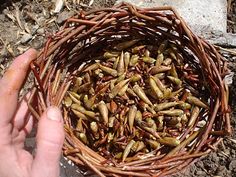 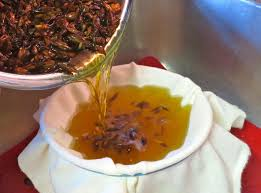 Boyd K. Packer
Some years ago, I spoke at this pulpit and entitled my talk “The Balm of Gilead.” The response was surprising. That very day two lawsuits were settled. One or both of the litigants decided that what they might gain materially was not worth the cost spiritually.
I wish to repeat much of what I said then.
In ancient times there came from Gilead, beyond the Jordan, an ointment made from the gum of a tree. It was a major commodity in trade. The Ishmaelite traders who purchased Joseph from his brothers were carrying this balm of Gilead to Egypt (see Gen. 37:25).
It became symbolic for the power to soothe and to heal.
There is a Balm in Gilead,
To make the wounded whole,
There is a Balm in Gilead,
To heal the sin sick soul.
(Recreational Songs, The Church of Jesus Christ of Latter-day Saints, 1949, p. 130)
My message was then, and is now, an appeal to those who are not at peace, those whose lives are touched with bitterness, with hostility, or with resentment. It is a plea to those who anxiously struggle with worry, or with grief or disappointment, with guilt, or with shame.
We see so much unnecessary suffering, so many who cripple themselves spiritually carrying burdens which could be put down. Many suffer from real misfortune and injustice. Sadly, some only imagine that they do. In either case, self-inflicted penalties soon become cruel and unusual punishment. (“Balm of Gilead,” Ensign, Nov. 1987,16)
Alexander B. Morrison
The greatest miracle of all is not the finding of those who are lost. Rather, it is the ability of the Savior’s love to heal and make whole, to apply a balm of Gilead to sin-sick souls, to restore to full understanding precious truths long since hidden by the cares of the world and the wiles of the wicked. (“Fire Where Once Were Ashes,” Ensign, Aug. 1990, 8)
Thomas S. Monson
When the pathway of life takes a cruel turn, there is the temptation to ask the question “Why me?” Self-incrimination is a common practice, even when we may have had no control over our difficulty. At times there appears to be no light at the tunnel’s end, no dawn to break the night’s darkness. We feel surrounded by the pain of broken hearts, the disappointment of shattered dreams, and the despair of vanished hopes. We join in uttering the biblical plea “Is there no balm in Gilead?” 7 We feel abandoned, heartbroken, alone.
To all who so despair, may I offer the assurance found in the psalm “Weeping may endure for a night, but joy cometh in the morning.” 8
Whenever we are inclined to feel burdened down with the blows of life, let us remember that others have passed the same way, have endured, and then have overcome. (“Look to God and Live,” Ensign, May 1998, 52)
Thomas S. Monson
As of old, the heartbroken frequently and silently repeat the ancient question: “Is there no balm in Gilead?” “Why me; why now?” The words of a beautiful hymn provide a partial answer:
Where can I turn for peace? Where is my solace
When other sources cease to make me whole?
When with a wounded heart, anger, or malice,
I draw myself apart, Searching my soul? …
He answers privately, Reaches my reaching
In my Gethsemane, Savior and Friend.
Gentle the peace he finds for my beseeching.
Constant he is and kind, Love without end.
(“The Fatherless and the Widows—Beloved of God,” Ensign, Nov. 1994, 69)