While on the mount, God showed Moses the pattern and manner of construction of the Tabernacle—the first recorded Temple to the God of Abraham.  Exodus 26 is a written description of a portion of what Moses saw, “thou shalt rear up the tabernacle according to the fashion thereof which was shewed thee in the mount” (Ex. 26:30).  It may have been easier for Moses to draw a picture.  After all, a picture paints a thousand words!  As we read Exodus, it seems like Moses uses more than a thousand to describe what he saw.

The point of these chapters is that God showed Moses how to make the Tabernacle.  It was God’s design for God’s house.  The materials used were those that were available.  The workmanship could only be as good as the skill of the workmen, but the design and purpose of the Temple was God’s.  This pattern has continued in the latter-day building of Temples.  Joseph Smith, like Moses, was given the pattern for the Kirtland Temple (D&C 95:14-17). Brigham Young, like Moses, was given the pattern for the Salt Lake Temple.

When we came to Kirtland the Lord gave us further commandments, and He revealed a great many things through His servant Joseph. Among others, He gave one that the Latter-day Saints in Kirtland, Ohio, should go to with their might and build a house to His name, wherein He promised to bestow great and choice blessings upon His people. He revealed the pattern according to which that house should be built, pointing out the various courts and apartments, telling the size of the house, the order of the pulpits, and in fact everything pertaining to it was clearly pointed out by revelation. God gave a vision of these things, not only to Joseph, but to several others, and they were strictly commanded to build according to the pattern revealed from the heavens. (Journal of Discourses, 1:357-358)

Frederick G. Williams, one of President Smith's counselors, came into the [Kirtland] temple when the following dialogue took place in my presence:

Carpenter Rolph said, "Doctor, what do you think of the House?" He answered, "It looks to me like the pattern precisely." He then related the following:

"Joseph received the word of the Lord for him to take his two counselors, [Frederick G.] Williams and [Sidney] Rigdon, and come before the Lord and He would show them the plan or model of the house to be built. We went upon our knees, called on the Lord, and the building [Kirtland Temple] appeared within viewing distance. I being the first to discover it. Then all of us viewed it together. After we had taken a good look at the exterior, the building seemed to come right over us, and the makeup of this hall seemed to coincide with what I there saw to a minutia."

Joseph was accordingly enabled to dictate to the mechanics and his counselors stood as witnesses, and this was strictly necessary in order to satisfy the spirit of unbelief in consequence of the weakness or childishness of the brethren of those days. The following are a few items which transpired about this time. One I will note:

Joseph came into the hall. The leading mechanic, John Carl, by profession a carriage builder, wanted to seat the house contrary to what Joseph had proposed. Joseph answered him that he had seen the inside of every building that had been built unto the Lord upon this earth and he hated to have to say so. (Autobiography of Truman O. Angell, p.198; from Truman O. Angell, "His Journal," Our Pioneer Heritage, 10 (1967):195-213)

The same pattern was followed for the Salt Lake Temple.  The pattern was given to Brigham Young by revelation, and the temple was constructed based on the divine mandate.

I scarcely ever say much about revelations, or visions, but suffice it to say, five years ago last July [1847] I was here, and saw in the Spirit the Temple not ten feet from where we have laid the chief cornerstone.  I have not inquired what kind of Temple we should build.  Why? Because it was presented before me.  I have never looked upon this ground, but the vision of it was there.  I see it as plainly as if it was in reality before me.  Wait until it is done.  I will say, however, that it will have six towers… instead of one. (The Salt Lake Temple: A Monument to a People, [SLC: University Services, 1983], 50-51) 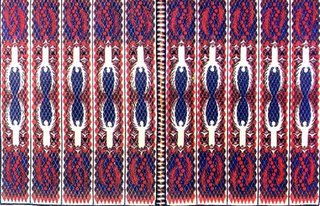 Exodus 26:7-14 thou shalt make curtains of goats’ hair… of ram’s skins dyed red, and a covering… of badgers’s skins 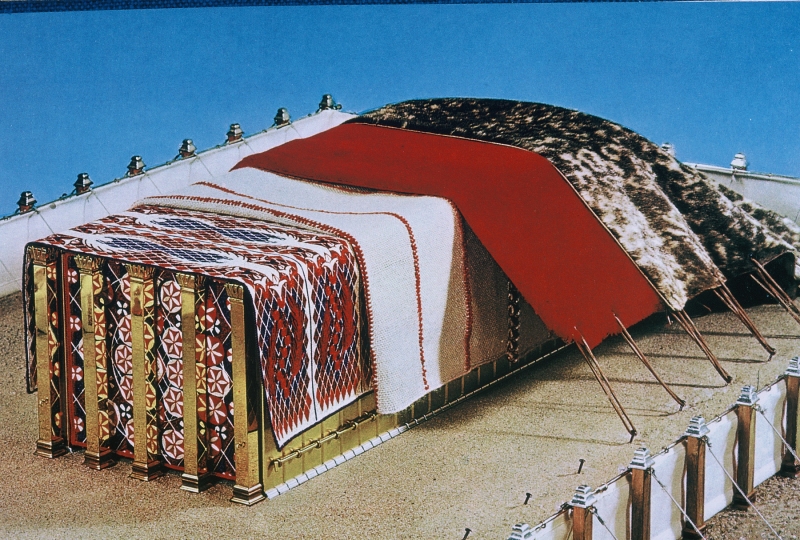 Exodus 26:17 Two tenons shall there be in one board 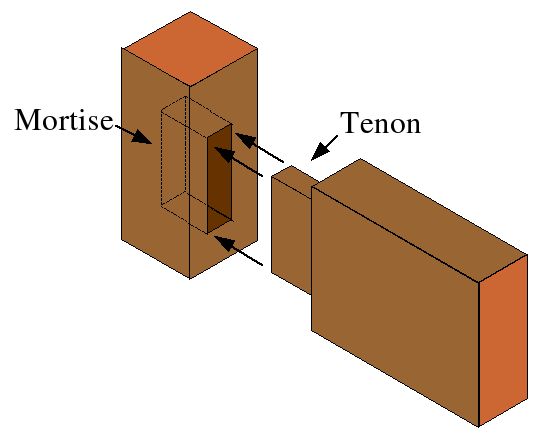 Exodus 26:19 thou shalt make forty sockets of silver under the twenty boards 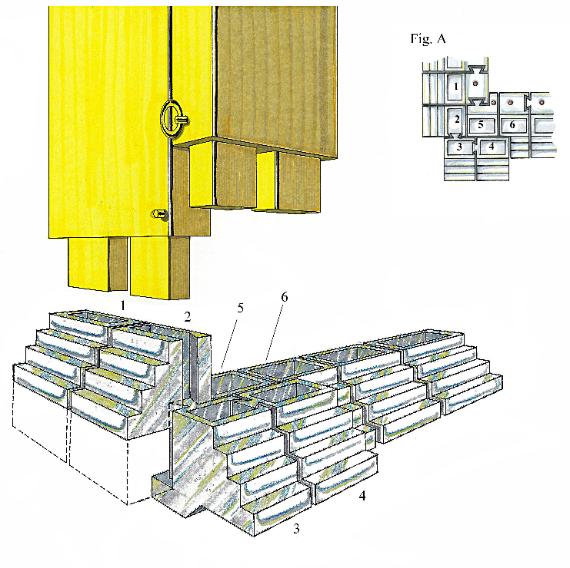 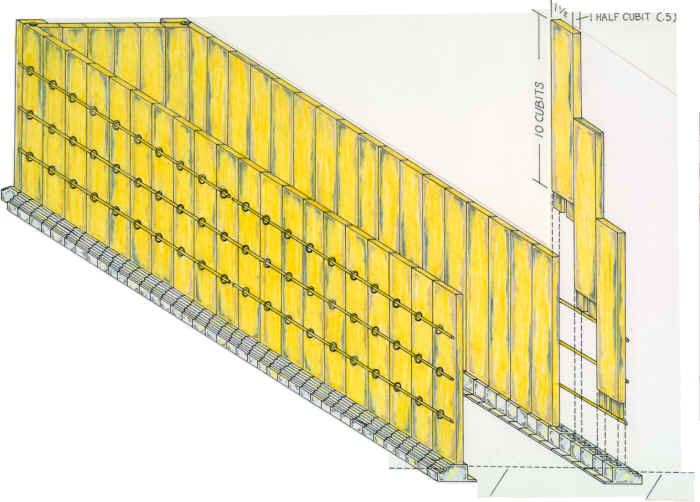 Exodus 26:30 thou shalt rear up the tabernacle according to the fashion… shewed thee in the mount

The Lord, through Moses, commanded a Tabernacle to be built, wherein should rest and be stationed, the Ark of the Covenant. And particular instructions were given by revelation to Moses, how every part of said Tabernacle should be constructed, even to the curtains—the number thereof, and of what they should be made; and the covering, and the wood for the boards, and for the bars, and the court, and the pins, and the vessels, and the furniture, and everything pertaining to the Tabernacle. Why did Moses need such a particular revelation to build a Tabernacle? Because he had never seen one, and did not know how to build it without revelation, without a pattern. (Journal of Discourses, 2:29-30)

Exodus 26:31 thou shalt make a vail of blue, and purple, and scarlet

The veil of the Tabernacle held the same symbolism as the veil of today’s Temples.  It is the barrier between man and the presence of God.  We need a barrier so that his Presence does not consume us.  The veil is that protective barrier.  The goal of mortality is to live in such a way that we can pass through the veil, but that must be done in the manner the Lord proscribes. With the ancient tabernacle, the high priest went through the veil once a year to make an offering of atonement for the people.  Of this ordinance, Paul taught that the way for the people…

…into the holiest of all was not yet made manifest, while as the first tabernacle was yet standing: which was as figure for the time then present, in which were offered both gifts and sacrifices, that could not make him that did the service perfect. (Heb. 9:8-9)

Christ came as the ultimate High Priest, offering Himself as the ultimate sacrifice for the sins of the people.  By so doing, He paved the way for his saints to pass through the veil and enter into the Presence of God.

Jesus Christ… offered one sacrifice for sins for ever, (and) sat down on the right hand of God…

And their sins and iniquities will I remember no more…

Having therefore, brethren, boldness to enter into the holiest by the blood of Jesus,

Exodus 26:33 bring in thither within the vail the ark of the testimony

Paul was more inclusive as to what was kept inside the veil of the ancient Tabernacle:  “The holiest of all… had the golden censer, and the ark of the covenant overlaid round about with gold, wherein was the golden pot that had manna, and Aaron’s rod that budded, and the tables of the covenant: And over it the cherubims of glory shadowing the mercyseat” (Heb. 9:3-5). 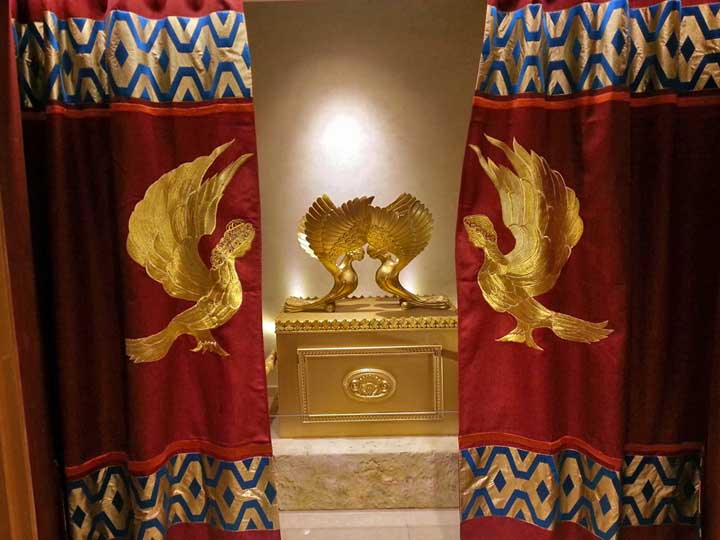 Exodus 26:33 the vail shall divide unto you between the holy place and the most holy

Outside the veil was “The Holy Place”—an area where only the priests could go to offer sacrifice—where stood the candelabra, the altar of incense, and the table of showbread.  It was not for the people.  It represented the terrestrial kingdom.  Inside the veil, we would call “the Holy of Holies” but the scripture calls it “the most holy.”  It represents the celestial kingdom and the presence of God. In it sat the ark of the covenant, and the mercy seat represented the presence of Jehovah.

“Most sacred is the Holy of Holies with its ark and cherubim: from there on, as indicated, the holiness decreases until one reaches the entrance of the Tent… Moses could enter the Holy of Holies at all times, whereas Aaron was admitted only under special circumstances (Lev. 16:2); from there on outward, the priests, the Levites, and the people at large were admitted to assigned precincts.” (The Torah: A Modern Commentary, ed. by W. Gunther Plaut [New York, The Union of American Hebrew Congregations, 1981], 601)

Exodus 26:35 And thou shalt set the table without the vail, and the candlestick

Exodus 27:1 And thou shalt make an altar of Shittim wood 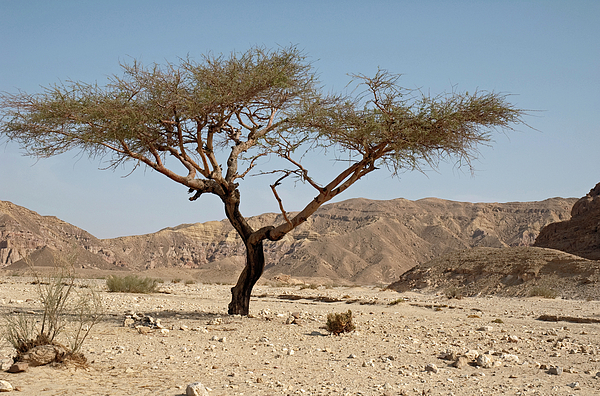 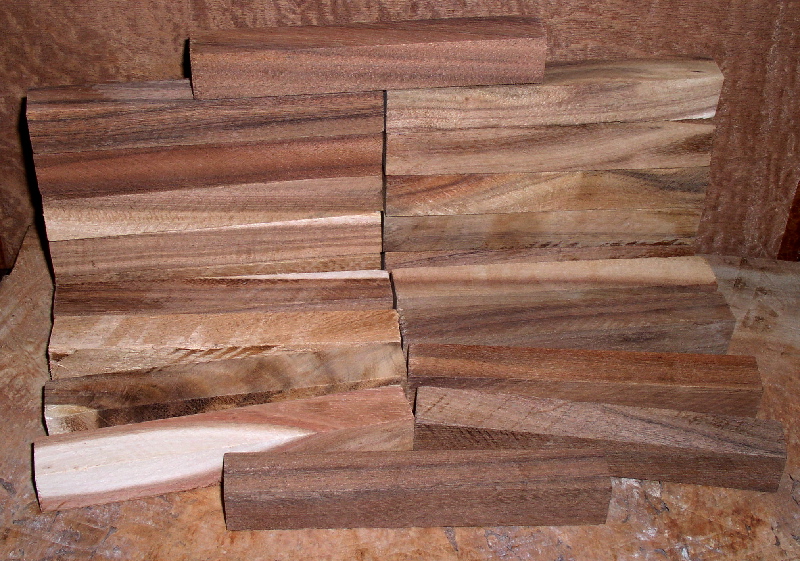 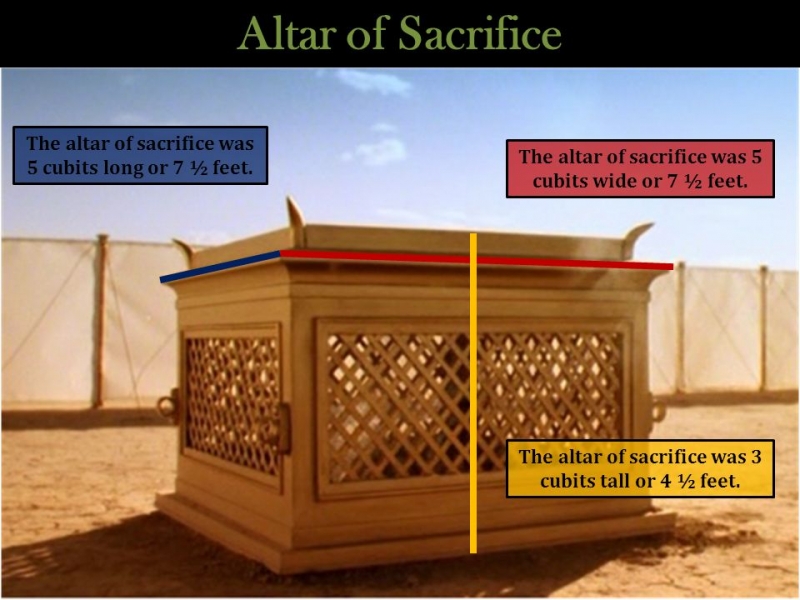 Exodus 27:3 thou shalt make his pans to receive his ashes, and his shovels, and his basons 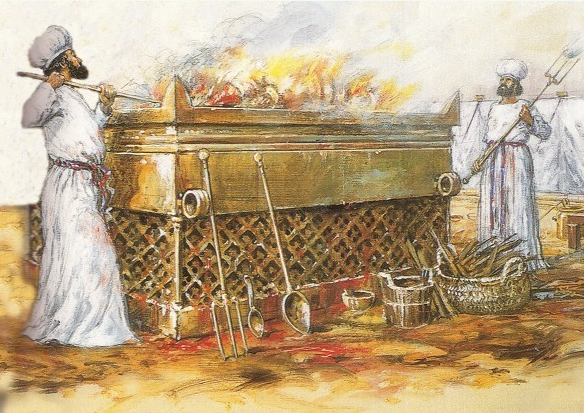 Exodus 27:4-8 thou shalt make for it a grate of network of brass… under the altar beneath… Hollow with boards 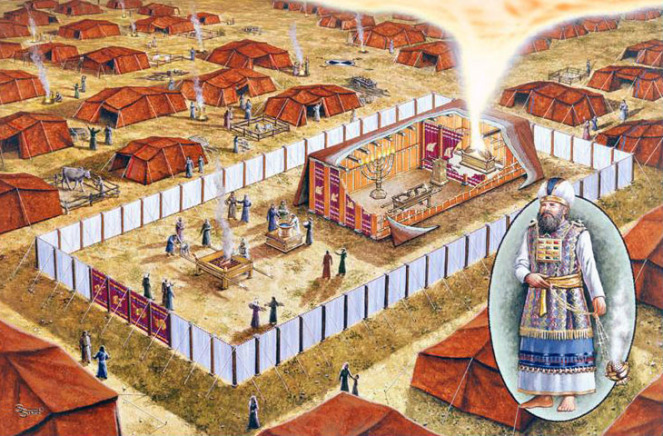 Exodus 27:9-11 for the south side southward there shall be hangings for the court of fine twined linen of an hundred cubits long… And likewise for the north side

“If you had suddenly come across the children of Israel in the desert wilderness, you would have seen a sprawling camp of over two million people…. The tents were probably black and brown, set in contrast with the sandy and rocky colours of the desert.

“In the centre of their camp, you would see the white linen curtains of the Tabernacle’s Outer Court, approximately 46 metres long (c. 150 feet), 23 metres wide (c. 75 feet) and 2.3 metres tall (c. 7.5 feet). It was so noticeable against the surrounding rather drab colours of the camp and wilderness.

“It was impossible to see inside the Tabernacle from the camp outside: the tall, white, fine twined linen curtains made a separation between the outside world and the beauty that was contained in the Tabernacle.” (https://the-scriptures.co.uk/studies/topical-bible-studies/bible-studies-by-mike-glover/the-tabernacle-2/curtains-outer-court/) 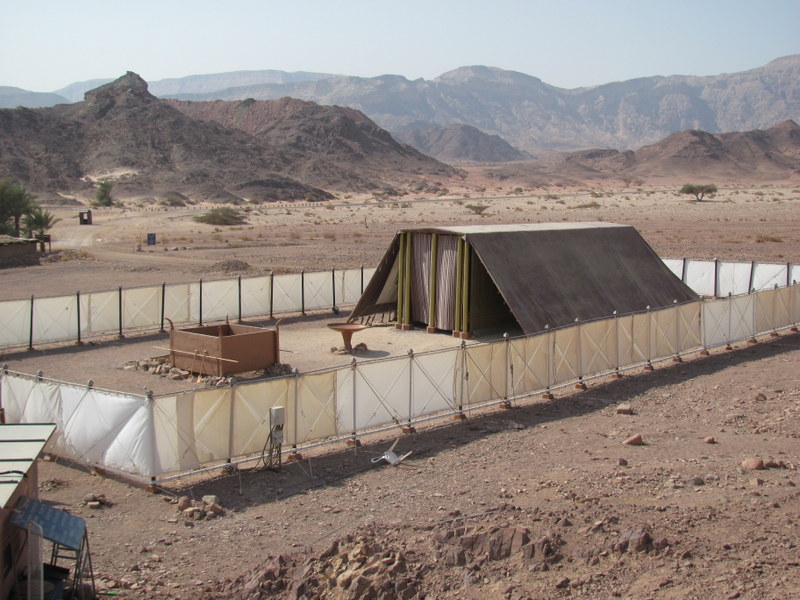 Exodus 27:16 for the gate of the court shall be an hanging of… blue, purple, and scarlet

The colors of the temple were blue, purple, and scarlet.  The color blue represented the priesthood—the color of the high priest’s robe (Ex. 28:31) and symbolic of the power by which ordinances were performed. The purple represented royalty—that their King was travelling with them and that He was trying to make of them a royal nation; and the scarlet represented the blood of the sacrifice—both the animal sacrifice offered daily upon the altar and the ultimate sacrifice offered by the Son of God.

Exodus 27:17 hooks shall be of silver, and their sockets of brass