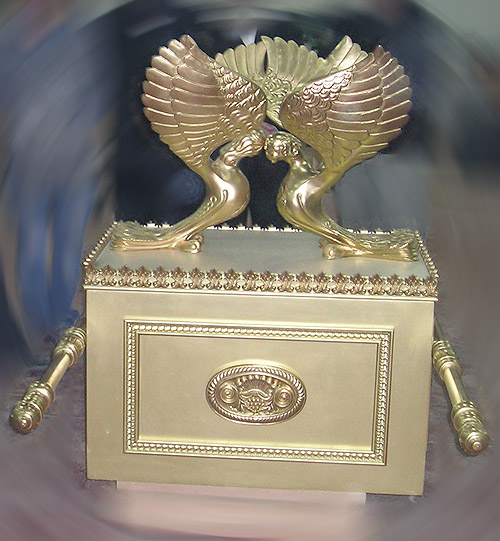 “The ark of the covenant is the only object that is placed within the Holy of Holies. Once a year, on Yom Kippur, the Day of Atonement, the high priest enters the Holy of Holies, asking G-d to forgive the transgressions of the entire house of Israel. Made of wood covered with gold, it contained within it, during the period of the First Temple, the Two Tablets of the Law brought down from Mount Sinai by Moses, as well as a vessel containing mannah, and the staff of Aharon.” (http://www.templeinstitute.org/vessels_gallery_14.htm)