Exodus 5:1-3 Let my people go, that they may hold a feast unto me in the wilderness
Presumably the first interview between this Pharaoh and Moses, the initial request is to have a religious retreat in the wilderness. No mention is made of leaving for good, just a little party between the Hebrews and their God---certainly a reasonable request.  Moses request has the Hebrews gone for little more than a week, but by the end of the last plague, Pharaoh will be begging Moses to leave for good.
Exodus 5:7-9 Ye shall no more give the people straw to make brick
When God establishes a relationship with his people, things often get worse before they get better.  Like the investigator who encounters challenges prior to baptism, or the people of Alma who found themselves in bondage shortly after making their covenants (Alma 23-24), there is always a test of faith.  With the Hebrews, their excitement about a new deliverer and his grandiose promises quickly fades into disaster—they have to make the same number of bricks without straw.  They fail the test of faith, but it doesn’t matter, God is going to get them out of Egypt anyway. 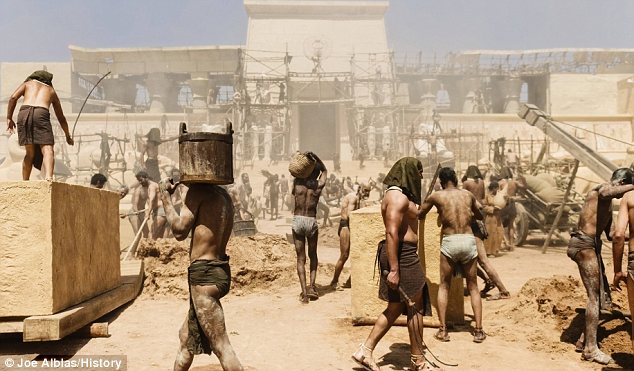 Exodus 5:21-22 wherefore hast thou so evil entreated this people?
This is Moses’s first interaction with Pharaoh; he knew that he would not let the people go.  Still, Moses was surprised by Pharaoh’s response.  Out of his own insecurities, he asks God why things were already going bad.
Mark E. Petersen
Now Moses complained to the Lord. "Wherefore hast thou so evil entreated this people? . . . For since I came to Pharaoh to speak in thy name, he hath done evil to this people; neither hast thou delivered thy people at all." (Ex. 5:2, 4, 9, 22-23.)
These were hard words that Moses spoke to the Lord. But God knew what he was about. There was purpose in all he did, and as he permitted Pharaoh to resist, he also was teaching the monarch that the God of Israel was mightier than the gods of Egypt. This lesson was not alone for the Egyptians, either, for the Israelites themselves had to learn that great fact, inasmuch as many of them had become worshipers of the Egyptian deities.
The Lord was under covenant to bring his people out, and he would keep his word, so he said to Moses:
Wherefore say unto the children of Israel, I am the Lord, and I will bring you out from under the burdens of the Egyptians, and I will rid you out of their bondage, and I will redeem you with a stretched out arm, and with great judgments:
And I will take you to me for a people, and I will be to you a God: and ye shall know that I am the Lord your God, which bringeth you out from under the burdens of the Egyptians.
And I will bring you in unto the land, concerning the which I did swear to give it to Abraham, to Isaac, and to Jacob; and I will give it you for an heritage: I am the Lord. (Ex. 6:6-8.)
But when Moses carried that message to the people, "they hearkened not unto Moses for anguish of spirit, and for cruel bondage." (Ex. 6:9.)
Between the complaints of the people and the resistance of the king, Moses had a difficult time. (Moses: Man of Miracles [Salt Lake City: Deseret Book Co., 1977], 61-62)