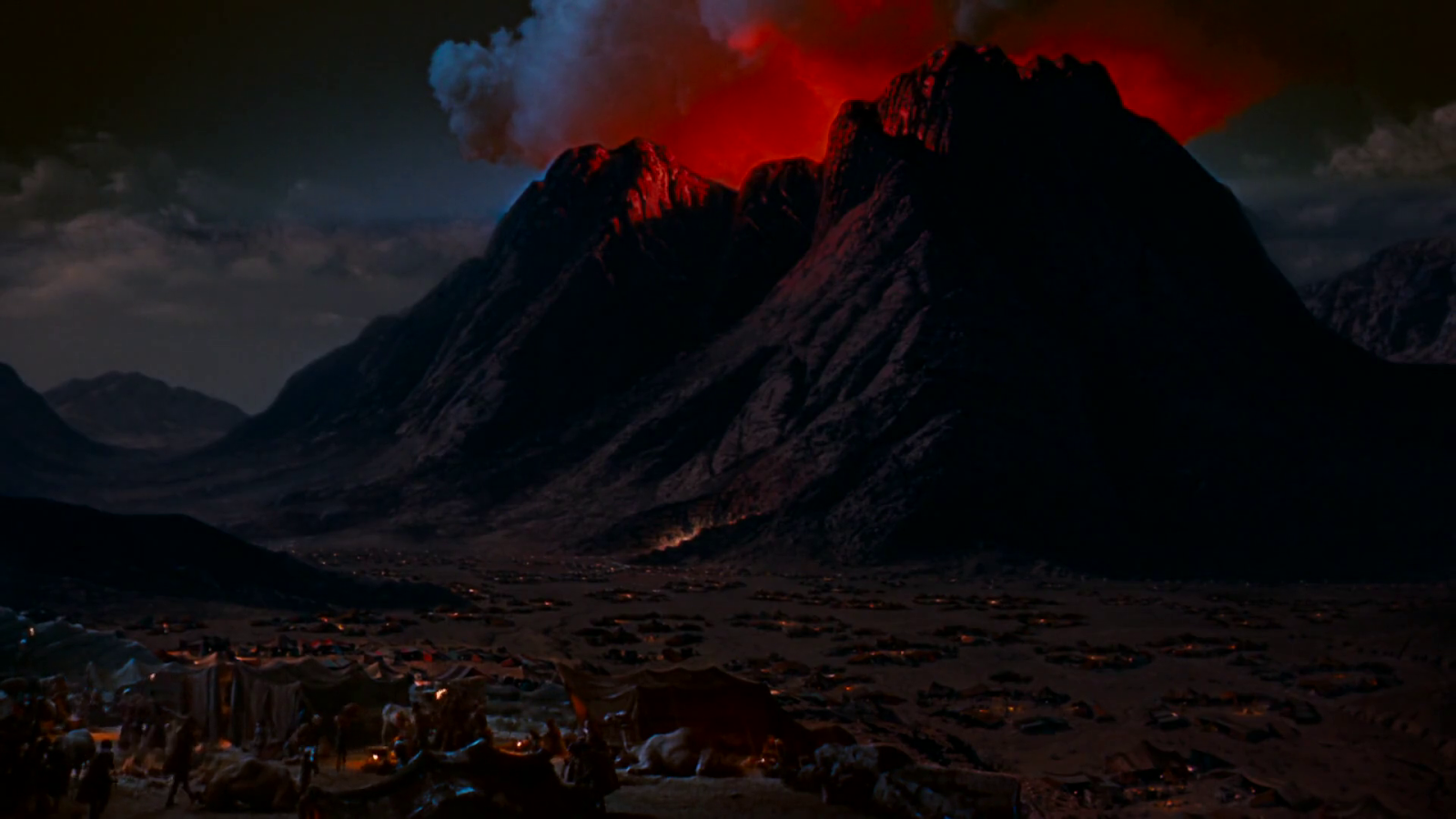 Exodus 19:18 the mount Sinai was altogether on a smoke, because the Lord descended upon it in fire
Moses later recounts how dramatic a scene this was.  He has to remind the people what they had seen and heard on that momentous occasion.
And ye came near and stood under the mountain; and the mountain burned with fire unto the midst of heaven, with darkness, clouds, and thick darkness.
And the LORD spake unto you out of the midst of the fire: ye heard the voice of the words, but saw no similitude; only ye heard a voice.
And he declared unto you his covenant, which he commanded you to perform, even ten commandments; and he wrote them upon two tables of stone.
The LORD talked with you face to face in the mount out of the midst of the fire,
(I stood between the LORD and you at that time, to shew you the work of the LORD: for ye were afraid by reason of the fire, and went not up into the mount;) saying,
And ye said, Behold, the LORD our God hath shewed us his glory and his greatness, and we have heard his voice out of the midst of the fire: we have seen this day that God doth talk with man, and he liveth.
Now therefore why should we die? for this great fire will consume us: if we hear the voice of the LORD our God any more, then we shall die.
For who is there of all flesh, that hath heard the voice of the living God speaking out of the midst of the fire, as we have, and lived?
Go thou near, and hear all that the LORD our God shall say: and speak thou unto us all that the LORD our God shall speak unto thee; and we will hear it, and do it.
And the LORD heard the voice of your words, when ye spake unto me; and the LORD said unto me, I have heard the voice of the words of this people, which they have spoken unto thee: they have well said all that they have spoken.
O that there were such an heart in them, that they would fear me, and keep all my commandments always, that it might be well with them, and with their children for ever! (Deut. 4:11-13; 5:4-5, 24-29)
Neal A. Maxwell
I testify that the Jehovah introduced by thunderings and lightnings to a gathered Israel at Sinai (see Ex. 19:16–18) is the same Jesus who later lamented, “O Jerusalem, Jerusalem … how often would I have gathered thy children together, even as a hen gathereth her chickens under her wings.” (Matt. 23:37.) I thank him for such repeated reachings out to mankind, whether in phenomenal power or in quiet conversation at a wellside. (Ensign, May 1976, 27)