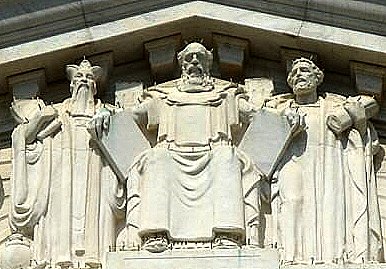 “Moses is carved on the façade of the U.S. Supreme Court (center, holding the Ten Commandments). A giant, stone carving of Moses holding the Two Tablets of the Law is the central figure on the rear façade of the Supreme Court building.
“In the United States House Chamber, Moses looks directly at the Speaker of the House. The symbolism is obvious. Moses oversees the proceedings of America’s lawmakers because the Ten Commandments were the foundation of our legal system. 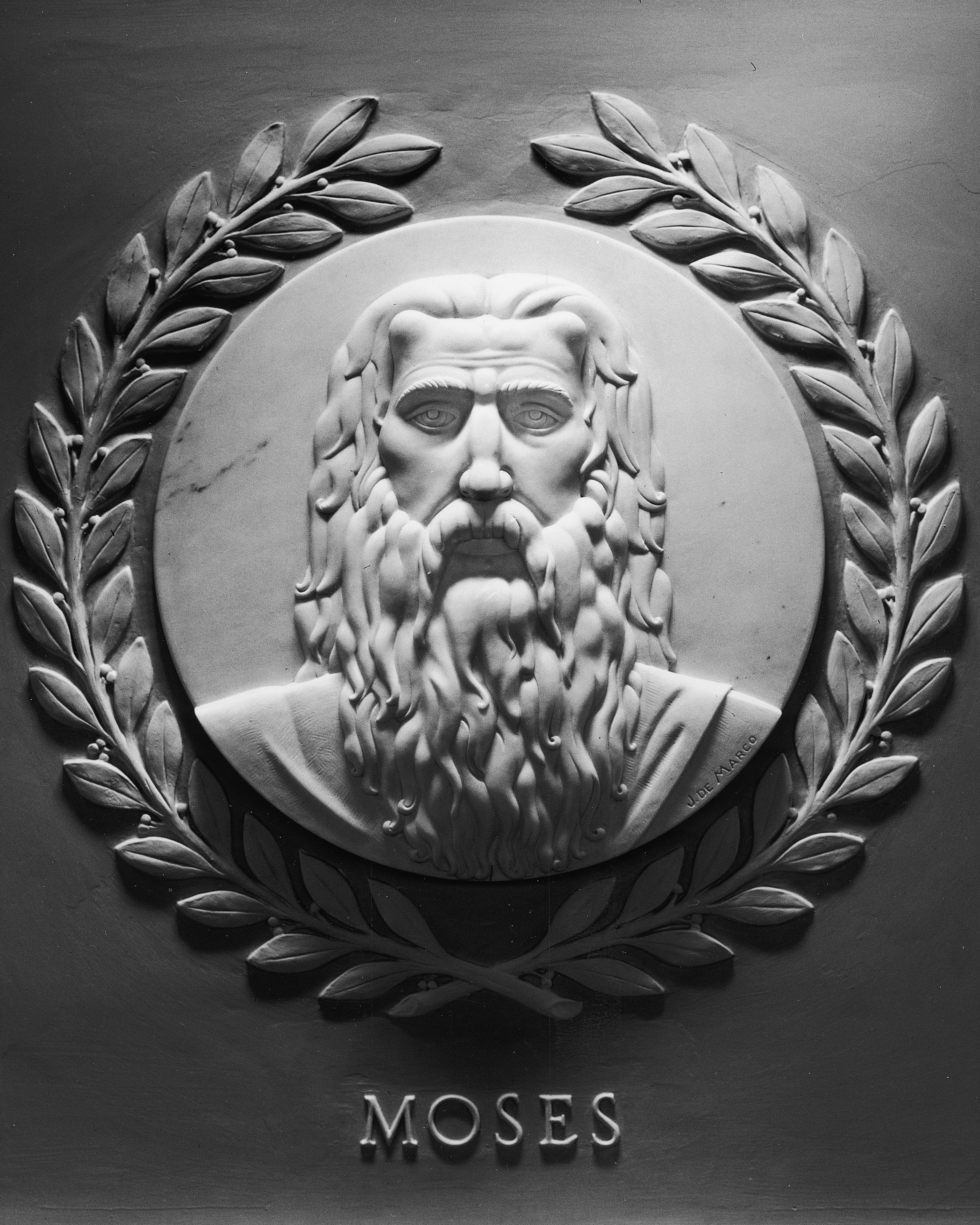