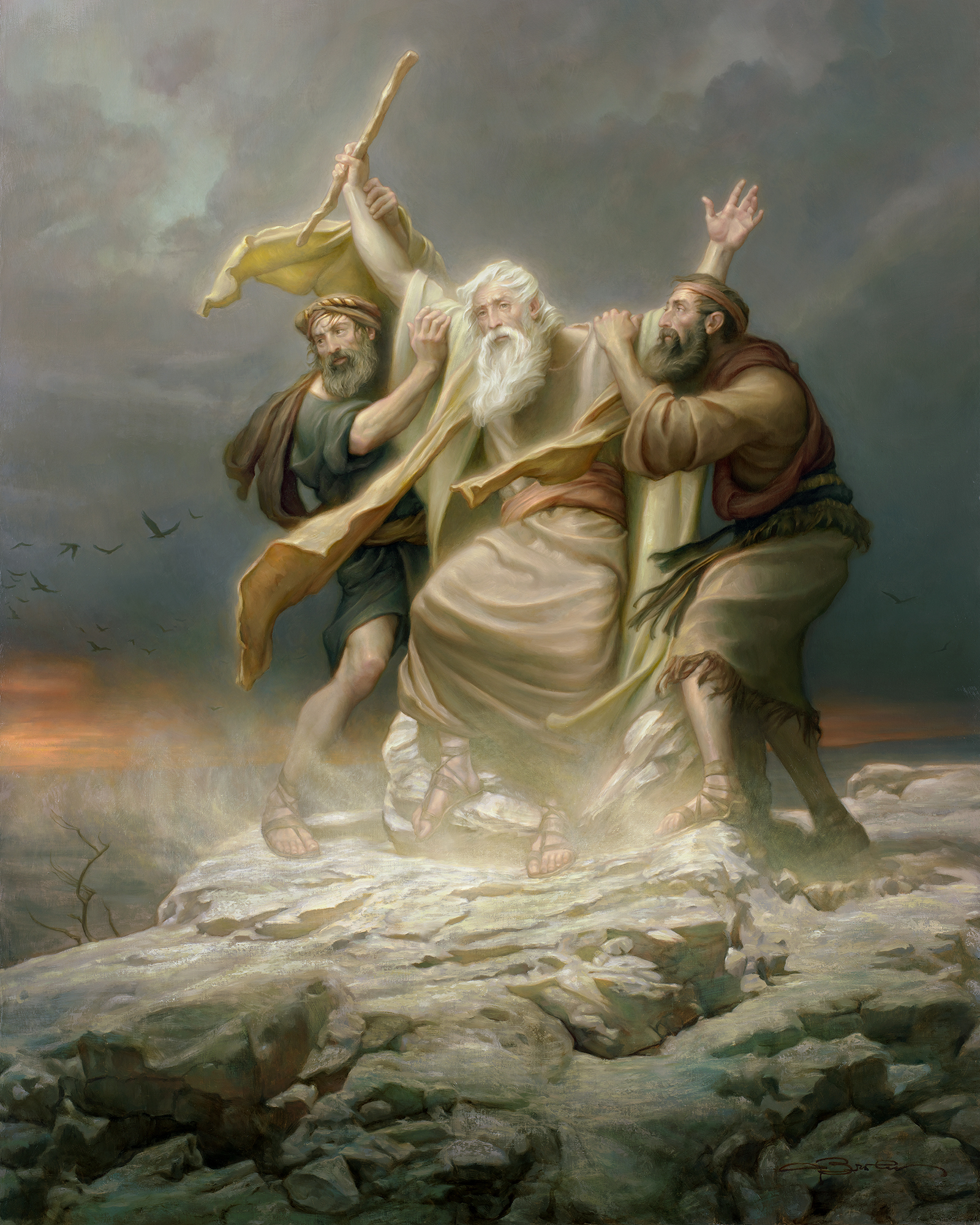 Exodus 17:11-12 Moses’ hands were heavy… and Aaron and Hur stayed up his hands
Ezra Taft Benson
My beloved brethren and sisters, I wish to testify to you that the Lord Jesus Christ stands at the head of His church—even The Church of Jesus Christ of Latter-day Saints. We are His earthly stewards—we hold His priesthood, administer His ordinances, preach His gospel, and build up His kingdom.
I have not words to express my gratitude to God, the Father of our spirits, to our Lord and Savior, Jesus Christ, and to the Holy Ghost, the Testator.
I wish to convey my appreciation to all those who raised their hands in a covenant to the Lord to sustain me. I have felt the expression of your hearts and your commitment to the Lord as your hands pointed heavenward.
I am reminded how Moses up on the hill raised his arms for the victory of the armies of Israel. As long as his arms were raised, Israel prevailed, but when they dropped from weariness, then the enemy prevailed. And so Aaron and Hur “stayed up his hands, the one on the one side, and the other on the other side,” and Israel was victorious. (Ex. 17:12.) So will we be victorious as we hold up the arms of the Lord’s anointed servants…
I am grateful for the strong counselors whom the Lord has provided me—President Gordon B. Hinckley and President Thomas S. Monson. Both have been prepared by the Lord for the labor they are performing. Each has been and is now a great blessing to the kingdom of God, and I thank Him for them. (“A Sacred Responsibility,” Ensign, May 1986, 77)
Boyd K. Packer
The wicked who now oppose the work of the Lord, while different from, are no less terrible than the plundering Amalekites. The sustaining of the prophet is still an essential ongoing part of the safety of this people. Should age and infirmity cause his hands to grow heavy, they are held up by his counselors at his side. Both are prophets, seers, and revelators, as is each member of the Quorum of the Twelve. (“The Shield of Faith,” Ensign, May 1995, 8)
Orson Hyde
The men that God has placed in our midst let us sustain like the two counselors of Moses, Aaron and Hur, who held up the hand of Moses. Ex. 17:12 Let us honor that word that comes from the Prophet of God. He holds the keys of the kingdom. He is the true successor of Joseph, and he will have power over the nation, either in life or in death: it is immaterial to him. When brother Brigham goes and joins with Joseph, it will be said, “Oh, we are one, just as we always were; and here come his Counselors: they are one, and they increase the strength and power of the Priesthood beyond the veil.” It is for us to uphold these men in every condition. (Journal of Discourses, 6:156)