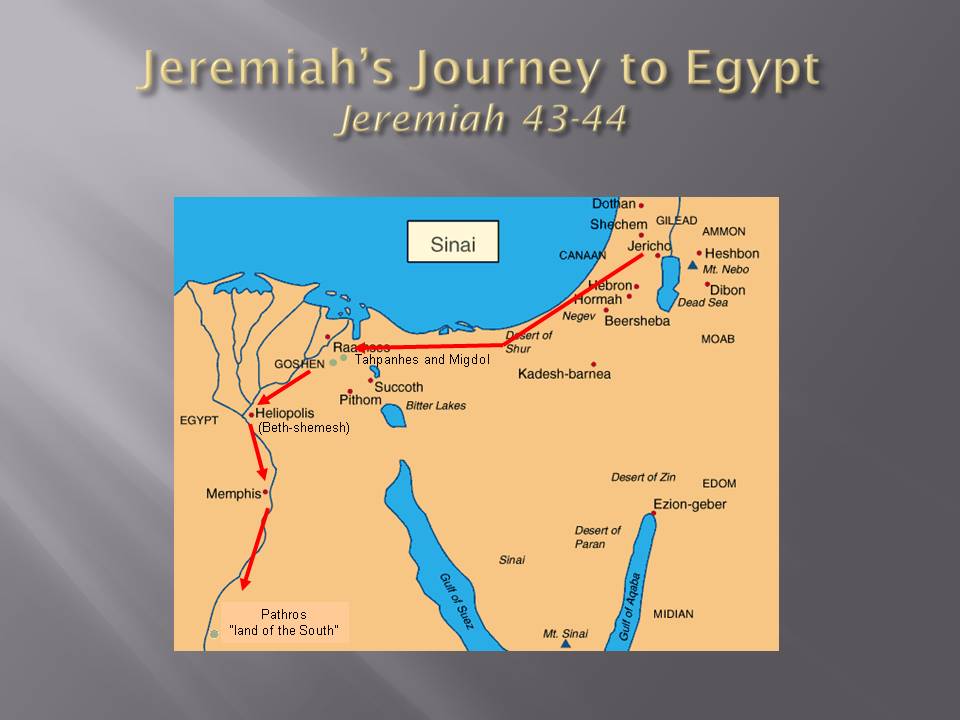 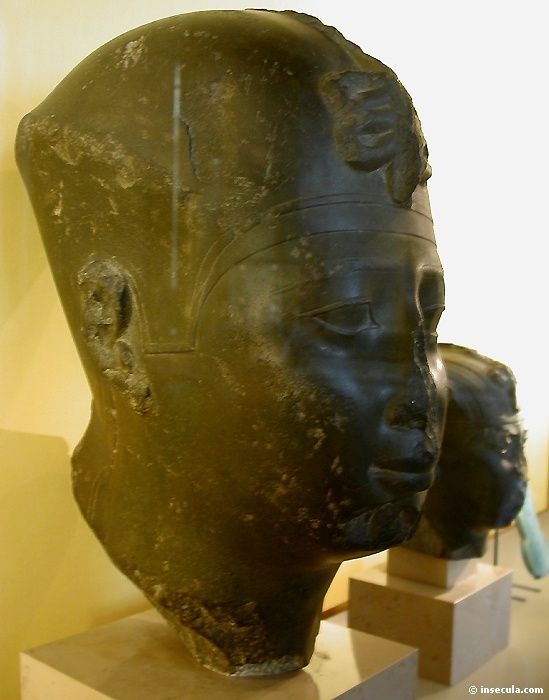 (Bust of Apries, or Pharoah-hophra, from the Louvre)
“More recently, in 1909, in the course of excavations carried on by the British School of Archaeology in Egypt, the palace of King Apries, Pharaoh Hophra, has been discovered on the site of Memphis, the ancient capital of Egypt. Under the gray mud hill, close to the squalid Arab village of Mitrahenny, which every tourist passes on the way to Sakkhara, had lain for centuries Hophra's magnificent palace, 400 ft. long by 200 ft., with a splendid pylon, an immense court, and stonelined halls, of which seven have been found intact. With many other objects of value there was found a fitting of a palanquin of solid silver, decorated with a bust of Hathor with a gold face. It is said to be of the finest workmanship of the time of Apries, a relic of the fire, which, Jeremiah predicted at Tahpanhes, the Lord of Hosts was to kindle "in the houses of the gods of Egypt" (Jeremiah 43:12).
“Pharaoh Hophra, as Jeremiah prophesied (44:29), became the victim of a revolt and was finally strangled.” (http://biblehub.com/topical/p/pharaoh_hophra.htm)