Isaiah 12:1 I will praise thee: though thou wast angry with me thine anger is turned away

Isaiah prophesies of a day when the House of Israel will praise the Lord.  When was the Lord angry with them?  The wrath of God came upon Israel when the kingdom of Israel was sacked by the Assyrians; the wrath of God came upon Jerusalem when the kingdom of Judah was sacked by the Babylonians and again when Jerusalem and the temple were destroyed by the Romans.  The Israelites were spread all over the world.  This was the expression of God’s anger which will be turned to merciful gathering and political redemption in the last days.  In the Lord’s timing, it has been just a small moment; “For a small moment have I forsaken thee; but with great mercies will I gather thee.  In a little wrath I hid my face from thee for a moment; but with everlasting kindness will I have mercy on thee” (Isaiah 54:7-8).

In the Millennium, the Jewish nation will reach the greatest stature ever and the 10 tribes will return both to their lands of inheritance in the Old World and the New.  All the pain and travail of previous generations will be turned to joy. The Lord will not again forsake his people. The Millennial day, then, becomes a day of song and praise to the great Jehovah—he who gave the law—he who would come and dwell in the midst of his people. 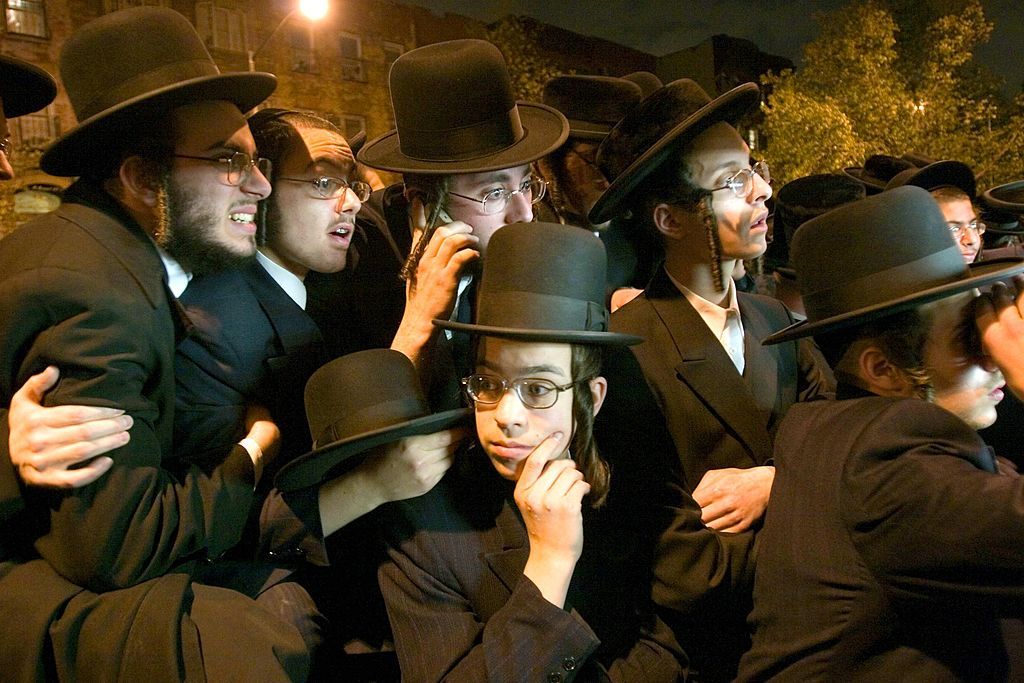 “As one who, by special assignment, has been given authority in the house of Israel today, I ask the God of Abraham, Isaac, and Jacob to bless by brethren of Judah and have mercy on them; that the land to which Judah has returned after a long night of dispersion shall be fruitful, prosperous, and become the envy to her neighbors; that the nation Israel shall be delivered from all her oppressors and enemies; that Judah will ‘draw water out of the wells of salvation’ (Isa. 12:3), and fulfill all those prophecies that God declared through his prophets Isaiah, Ezekiel, and Jeremiah, even that prophecy through Zechariah that ‘the Lord shall inherit Judah his portion in the holy land, and shall choose Jerusalem again’ (Zech. 2:12).” (Ensign, Dec. 1976, 72)

Isaiah 12:2 the Lord JEHOVAH is my strength

The name “Jehovah” only appears in the Old Testament four times (Gen 22:14, Ex 6:3, Ps 83:18, Isa 12:2) and once in an abbreviated form, JAH (Ps 68:4). The first of these examples demonstrates that the “Lord” of the Old Testament is, in fact, Jehovah. ‘And Abraham called the name of that place Jehovah-jireh: as it is said to this day, In the mount of the Lord it shall be seen’ (Gen 22:14). Obviously this means that the God of Abraham, Isaac and Jacob is none other than Jehovah, the pre-mortal Jesus Christ. The fact that “Jehovah” is a name for the pre-mortal Christ is clear to latter-day saints. This comes from teachings in latter-day scriptures and the temple. To the rest of the world, it is less obvious and a source of misunderstanding. With some work, one can demonstrate, using only the Bible, that the God of the Old Testament is the same individual as Jesus Christ. Comparing the following pairs of scriptures will be helpful: Ex 3:13 and Jn 8:58; Isa 6:8-11 and Jn 12:40-1; and Zech 12:10 and Jn 19:37. See also Jn 1:1-3,14. Using the Book of Mormon the connection is easy to make, for when Christ appeared to the Nephites he declared, ‘Behold, I say unto you that the law is fulfilled that was given unto Moses. Behold, I am he that gave the law, and I am he who covenanted with my people Israel’ (3 Ne 15:4-5). He also said, ‘Behold I am Jesus Christ the Son of God. I created the heavens and the earth, and all things that in them are. I was with the Father from the beginning’ (3 Ne 9:15).

“Jesus is the individual name of the Savior, and as thus spelled is of Greek derivation; its Hebrew equivalent was Yehoshua or Yeshua, or, as we render it in English, Joshua. In the original the name was well understood as meaning ‘Help of Jehovah,’ or ‘Savior.’…

“Jehovah is the Anglicized rendering of the Hebrew, Yahveh or Jahveh, signifying the Self-existent One, or The Eternal. This name is generally rendered in our English version of the Old Testament as LORD, printed in capitals. The Hebrew, Ehyeh, signifying I Am, is related in meaning and through derivation with the term Yahveh or Jehovah, and herein lies the significance of this name by which the Lord revealed Himself to Moses when the latter received the commission to go into Egypt and deliver the children of Israel from bondage…

“The Jews regarded Jehovah as an ineffable name, not to be spoken; they substituted for it the sacred, though to them the not-forbidden name, Adonai, signifying the Lord. The original of the terms Lord and God as they appear in the Old Testament, was either Yahveh or Adonai; and the divine Being designated by these sacred names was, as shown by the scriptures cited, Jesus the Christ. John, evangelist and apostle, positively identifies Jesus Christ with Adonai, or the Lord who spoke through the voice of Isaiah, and with Jehovah who spoke through Zechariah.…

“‘Jehovah’ a Name Not Uttered by the Jews. -- Long prior to the time of Christ, certain schools among the Jews, ever intent on the observance of the letter of the law, though not without disregard of its spirit, had taught that the mere utterance of the name of God was blasphemous, and that the sin of so doing constituted a capital offense. This extreme conception arose from the accepted though uninspired interpretation of Lev. 24:16, ‘And he that blasphemeth the name of the Lord, he shall surely be put to death, and all the congregation shall certainly stone him: as well the stranger, as he that is born in the land, when he blasphemeth the name of the Lord, shall be put to death.’ (Jesus the Christ, pp. 32-41)

Isaiah 12:3 with joy shall ye draw water out of the wells of salvation

At Jacob’s well, Jesus made an offer to the woman from Samaria, ‘If thou knewest the gift of God, and who it is that saith to thee, Give me to drink; thou wouldest have asked of him, and he would have given thee living water…whosoever drinketh of the water that I shall give him shall never thirst; but the water that I shall give him shall be in him a well of water springing up into everlasting life.’ (John 4:10-14) The Samaritan woman thought he spoke of literal water, but in the Millenial day, the spiritual thirst of the House of Israel will be quenched for they will draw living ‘water out of the wells of salvation.’

“The Lord provides the living water that can quench the burning thirst of those whose lives are parched by a drought of truth. He expects us to supply to them the fulness of the gospel by giving them the scriptures and the words of the prophets and to bear personal testimony as to the truth of the restored gospel to alleviate their thirst. When they drink from the cup of gospel knowledge, their thirst is satisfied as they come to understand our Heavenly Father’s great plan of happiness.” (“Living Water to Quench Spiritual Thirst,” Ensign, May 1995, 19)

Isaiah 12:5 Sing unto the Lord

In the millennial day, the saints will sing praises to the Lord. The D&C describes the song of the Lamb, ‘the Lamb…shall stand upon Mount Zion, and upon the holy city, the New Jerusalem; and they shall sing the song of the Lamb, day and night forever and ever’ (DC 133:56). This “song of the Lamb” is recorded in DC 84, ‘Until all shall know me, who remain, even from the least unto the greatest, and shall be filled with the knowledge of the Lord, and shall see eye to eye, and shall lift up their voice, and with the voice together sing this new song, saying:

According to the election of grace,

Which was brought to pass by the faith

And covenant of their fathers.

The Lord hath redeemed his people;

And Satan is bound and time is no longer.

The Lord hath gathered all things in one.

The Lord hath brought down Zion from above.

The Lord hath brought up Zion from beneath.

The earth hath travailed and brought forth her strength;

And truth is established in her bowels;

And the heavens have smiled upon her;

And she is clothed with the glory of her God;

For he stands in the midst of his people.

Be ascribed to our God; for he is full of mercy,

Justice, grace and truth, and peace,

Isaiah prophesies that the Millennial chorus will ‘Sing unto the Lord; for he hath done excellent things.’ The ‘excellent things’ Isaiah refers to are described in these foreordained lyrics:

Isaiah 12:6 inhabitants of Zion; for great is the Holy One of Israel in the midst of thee

Notice that the themes of Zion and the presence of the Holy One ‘in the midst of his people’ are included in the song recorded above. The greatest single blessing of the millennial day will be the presence of the Savior, in the midst of his people, ‘Behold, the tabernacle of God is with men, and he will dwell with them, and they shall be his people, and God himself shall be with them, and be their God. And God shall wipe away all tears from their eyes; and there shall be no more death, neither sorrow, nor crying, neither shall there be any more pain’ (Rev 21:3-4).