A burden is a weight carried on one’s shoulders.  Biblically, the term is used to mean a curse or destruction from the Lord.  The burden chapters of Isaiah (15-23) and Jeremiah are hard for us to read.  They are unfamiliar places, destroyed by unfamiliar nations, described in unfamiliar prophetic imagery.  What useful information can we glean from these chapters?  Good question.

In these chapters, the law of witnesses is manifest.  Isaiah is a witness against Moab. Lest any should say, “Suppose ye that we shall believe the testimony of one man”? (Alma 9:2), Jeremiah is commanded to witness against Moab as well (Jeremiah 48).  The content of Isaiah 15-16 mirrors the prophecies of Jeremiah 48.  Both of them speak of individual cities that are destroyed and distressed. Both testify of the same destruction and humiliation.  That makes 2 witnesses, but then there is Ezekiel (25:8-11), Amos (2:1-2), and Zephaniah (2:8), for “in the mouth of two or three witness shall every word be established.”

The Moabites were long time enemies of the Jews. Remember the story of Balaam and Balak, how Balak asked the prophet Balaam to curse the Israelites for him?  Well, Balak was from Moab (Numb. 22-24).  He was concerned with the military strength of the Israelite refugees.  The Moabites refused food or drink for the Israelites when they travelled through their lands (Deut. 23:1-4).  The tensions never really disappeared in subsequent years, as skirmishes between Israel and Moab dot the timeline of Jewish history.  At one point, the Jews were subjected to Moab, “So the children of Israel served Eglon the king of Moab eighteen years” (Judges 3:14).

In Genesis, the Jewish scribes make sure to remind the reader that Moab was the illegitimate son of Lot and his daughter, when Lot’s daughters got their father drunk and then slept with him so that they could have posterity (Gen. 19:37). What’s the point of the story?  The point is to say, “The Moabites are the product of an incestuous relationship unworthy of the Israelites whose lineage is both pure and favored by God.”    The Jews were quick to judge other nations and would have agreed with any pronouncements against the inhabitants of Moab.  Unfortunately, in Isaiah’s day, God’s punishments were just as harsh on the kingdom of Israel.

Isaiah 15:1-2 on all their heads shall be baldness, and every beard cut off

As Isaiah lists the Moabite cities that shall be destroyed, he uses the imagery of individual humiliation—beard cutting and head shaving.  Could we look back in time, we would see all the Israelite men and apparently the Moabite men in long beards with their heads covered. 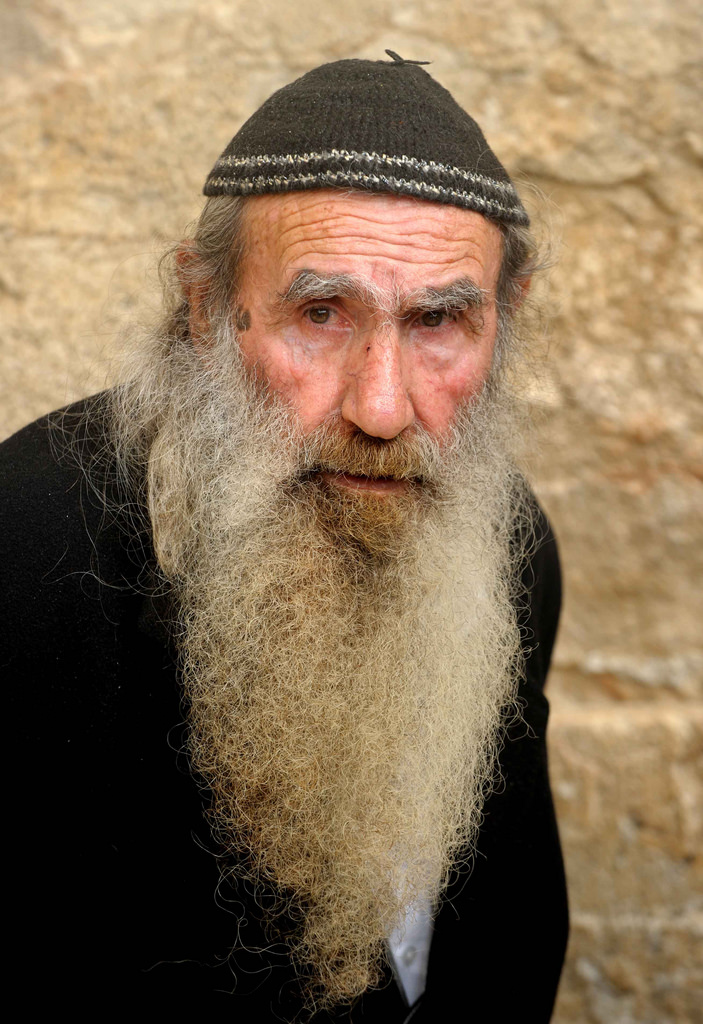 “The verse: ‘Ye shall not round the corners of your heads, neither shalt thou mar the corners of thy beard’ (Leviticus 19:27) is understood by the Talmudic rabbis not to mean that it is wrong for a man to be cleanshaven, but only that facial hair must not be removed with a razor.” (http://www.myjewishlearning.com/article/beards-sidelocks-peot-and-shaving/)

Isaiah 15:1-9  Pronouncement against the cities of Moab

The land of Moab lay east of the Dead Sea.  The names of these cities are foreign to us:  Ar, Kir, Bajith, Dibon, Nebo, Medeba, Heshbon, Elealeh, Jahaz, Luhith, Horonaim, Nimrim, Eglaim, Beer-elim, and Dimon. 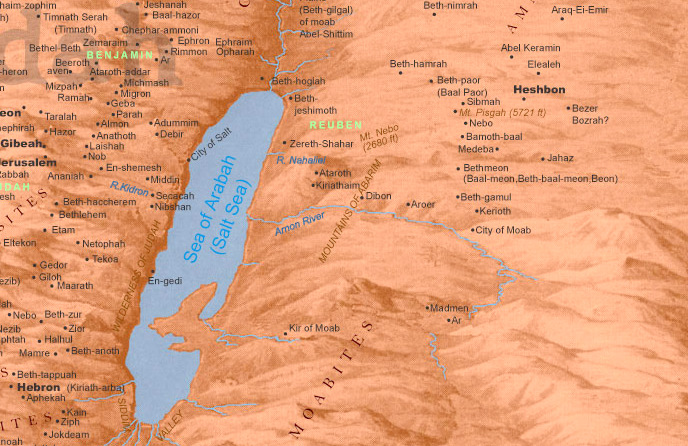 Isaiah 15:7-9 the cry is gone round about the borders of Moab

In only nine verses, mention is made of crying, howling, weeping, or the voice of destruction twelve separate times.In contrast, the first verse describes the silence in Ar and Kir because apparently every living thing was obliterated.The surrounding cities had enough survivors to cry, howl, and weep.  They become refugees searching for water in the famine, finding only a trickle in the brook by the willows.  Rather than have reason to rejoice the refugees find blood instead of water or are devoured by lions.

Although this destruction concerns Moab, the same applied to other refugees who were brought in to inhabit Samaria after the sacking of the kingdom of Israel.  “And so it was at the beginning of their dwelling there, that they feared not the Lord: therefore the Lord sent lions among them, which slew some of them.” (2 Kgs. 17:25) Biblical evidence suggests that lions used to be common throughout Canaan and Babylon.

Isaiah 15:9 the waters of Dimon shall be full of blood

The burden chapters describe the destruction of nations at the hand of the Lord.  As latter-day saints, we interpret these as a type for the destructions attending the Second Coming.  Are we justified in this?  Waters turning to blood are definitely described as apocalyptic, “the second angel poured out his vial upon the sea; and it became as the blood of a dead man: and every living soul died in the sea.  And the third angel poured out his vial upon the rivers and fountains of waters; and they became blood… for they have shed the blood of saints and prophets, and thou hast given them blood to drink.” (Rev. 16:2-6)

Isaiah 16:1-3 as a wandering bird cast out of the nest

The refugees of Moab search for water and hide their location after great destruction.  We can assume that the immediate devastation came at the hand of the Assyrians but the refugees are a type for those at the end of the world.

In the Millennium, the Lord’s outcasts will dwell in the land of Moab, in the area called Madaba in modern-day Jordan. The refugees will no longer be homeless. 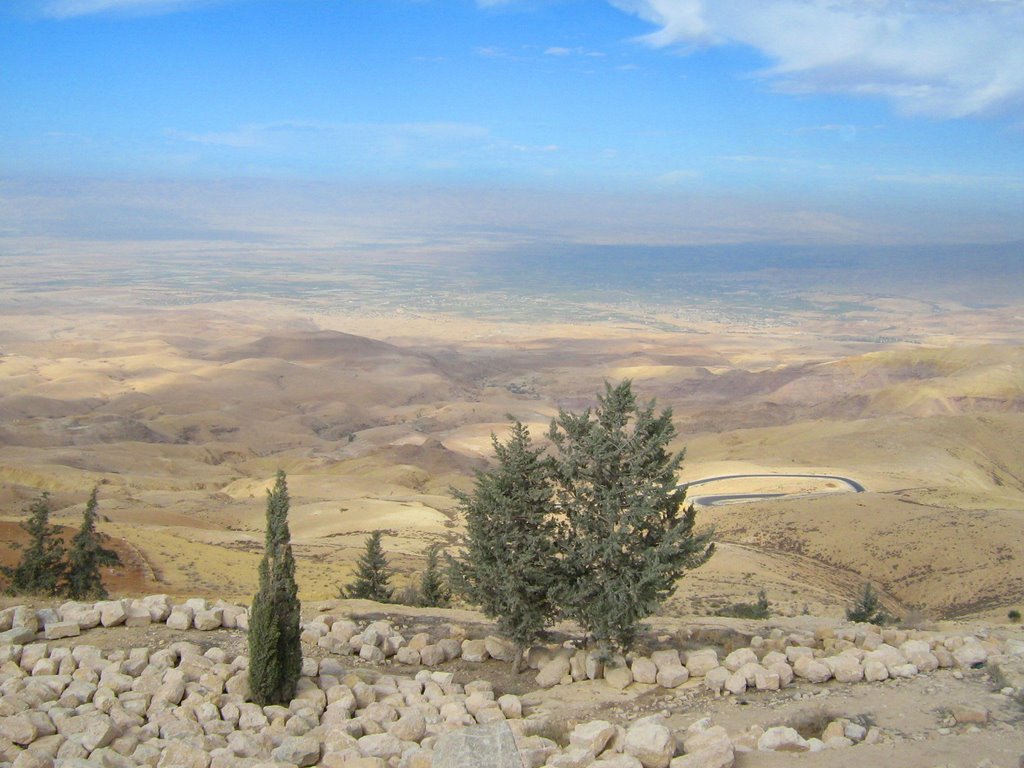 Isaiah 16:5 he shall sit upon [the throne] in the tabernacle of David

The Messiah will be king as Jeremiah prophesied, I will “cause the Branch (Christ) of righteousness to grow up unto David; and he shall execute judgment and righteousness in the land.” (Jer 33:15-22)  King David is a type for the protection, military strength, and righteousness that will be established by the Lord in the Millennium.

Isaiah 16:6 We have heard of the pride of Moab; he is very proud

What was the sin of Moab?  What was the cause of their great destruction?  Pride goeth before the fall, but that was not all.  Jeremiah prophesied, “Because thou hast trusted in thy works and in thy treasures” (Jer. 48:7).  Don’t we do the same thing?  “Moab hath been at ease from his youth” (Jer. 48: 11).  Fortunately, we are never guilty of laziness and apathy, right?  “I will cause to cease in Moab… him that… burneth incense to his gods.”   “Moab shall be destroyed…. Because he hath magnified himself against the Lord” (Jer. 48:35, 42)

“Worshipping any other god, putting any other value—wealth, power, fame, pleasure—before Him, is the worst kind of idolatry. No other commandment would be necessary if we obeyed the first.

“Pride is the commonest and most pernicious form of idolatry. It lies at the root of all the other forms. When we rely on our own strength, our own wisdom, our own abilities, when we fail to acknowledge our dependence on God, we are putting another god before Him. Few if any among us are entirely guiltless.” (“The First Commandment”, LDS Church News, 02/27/88)

Isaiah chapter 16 is similar to Jeremiah 48.  Both prophets prophesy of the destruction of Moab.  The ideas, and even the wording, are very similar.

When my bowels sound, it doesn’t sound like a harp!

Isaiah 16:12 when… Moab is weary on the high place

Once Moab realizes that his false gods are powerless, that his incense burned on the mountains has been blown away in the wind, and that his idolatry is useless, then he will pray to God in his sanctuary, but it will be too late.  The Lord will not listen. We always say, “God always listens to your prayers.”  That sounds good, but the scriptures teach that there are times when He will not hear (1 Sam. 8:18; Job 35:12-13). “If I regard iniquity in my heart, the Lord will not hear me” (Ps. 66:18).  Isaiah said, “I will hide mine eyes from you: yea, when ye make many prayers, I will not hear: your hands are full of blood.” (Isa. 1:15)  When his children refuse to hear, then God has a right to turn a deaf ear to their cries.

If you want God to listen, then add fasting to your prayers. “Then shalt thou call, and the Lord shall answer; thou shalt cry, and he shall say, Here I am” (Isa 58:9)