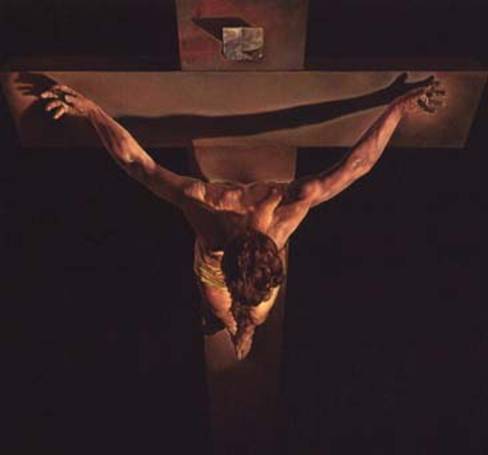 Purported to be the burial cloth of Jesus Christ, the Shroud of Turin has been questioned by authorities. While we might like to believe in a physical object proving the Resurrection of Christ, the astute student should know immediately that such a shroud could not possibly be authentic because there is no nail mark in the wrist. Without a mark in the sure place, you can be sure this is a fake. 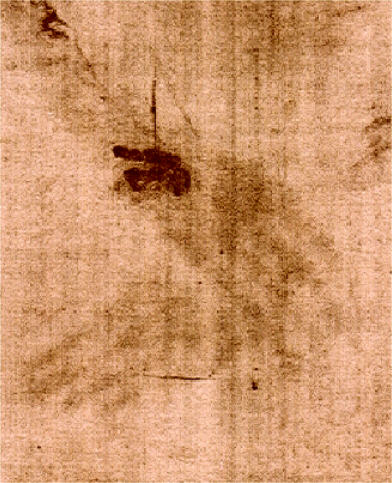 Isaiah 22:24 And they shall hang upon him all the glory of his father's house
Just because Jehovah told Elohim, "the glory be thine forever," (Moses 4:1) doesn't mean all the glory goes to the Father. It only means the Son was willing to give the Father all the glory. The Father is not so jealous that he intends to hoard all the glory, and so the House of Israel and all the god-fearing people of the whole earth will "hang upon him all the glory of his father's house." What Satan sought, Christ refused; when Christ submitted, he obtained what Satan sought-the glory of his Father. Of this he spoke eloquently to the unbelieving Sanhedrin, "Hereafter shall ye see the Son of man sitting on the right hand of power, and coming in the clouds of heaven." (Matt. 26:64)
"He brought glory to His Father and His Father's house when He was fastened as a nail in a sure place-a striking image that points to His crucifixion (22:22-23). Fastened as a nail in a sure place, Christ bore the sins and burdens, the 'vessels of flagons' of the children of His Father, the 'offspring and the issue' (22:23-24). Ultimately the nail would be removed and the burdens lifted (22:25). As our beloved hymn assures, 'Once all things he meekly bore, / But he now will bear no more' (Hymns, No. 196). As children of our Heavenly Father, our hope for glory hangs upon Him whom we love as our Savior." (Terry Ball and Nathan Winn, Making Sense of Isaiah, [SLC: Deseret Book, 2009], 3)